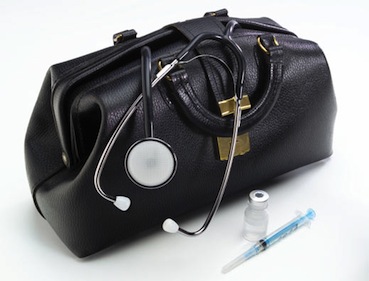 Images of Cuban doctors in virus-hit Italy have drawn attention, highlighting a tradition of medical internationalism.
by Mariya Petkova

An emergency contingent of Cuban doctors and nurses arrive in Italy to help fight the battle against the spread of coronavirus, on March 22, 2020 [Daniele Mascolo/Reuters]

As the world fights to stop COVID-19 claiming more lives, Cuba has dispatched 593 medical workers to 14 countries in their battles against the pandemic, its ministry of public health has said.

One of the first Cuban medical teams was sent to Italy on March 21 at the request of Lombardy, its worst-hit region.

"#Cuba has extended a hand many times, but never so many times in such a short time. In the past week, a Henry Reeve brigade has departed with each sunrise. There are already 11 in total. There is no precedent," Jose Angel Portal Miranda, Cuba's health minister, tweeted on March 28.

Since then, three more medical missions have been sent. According to a statement on the Cuban health ministry's website, 179 doctors, 399 nurses and 15 health technologists have been dispatched as part of this intiative.

These medical workers belong to the Henry Reeve Emergency Medical Contingent, a special unit run by the ministry and named after a US-born general who fought in the First Cuban War of Independence in the 19th century.

It was created in 2005 by the late Cuban leader Fidel Castro and specialises in rapid medical response to natural disasters and outbreaks.

Quote:
"They don't have this problem that Boris Johnson has and that Trump has, which is that the public healthcare response interferes with private interest and the process of profit-making."

HELEN YAFFE, LECTURER IN ECONOMIC AND SOCIAL HISTORY AT UNIVERSITY OF GLASGOW


According to the Pan American Health Organization, between 2005 and 2017, the unit helped 3.5 million people in 21 countries affected by disasters, such as floods, earthquakes, hurricanes and epidemics, including the 2014 Ebola outbreak in West Africa.

On March 18, a British cruise ship carrying several passengers infected with COVID-19 was allowed to dock at a Cuban port, after it was turned away by other countries in the Caribbean. Some 680 passengers were then flown back to the UK on chartered flights from Havana.

... www.aljazeera.com/indepth/features/cuba-history-sending-m...
Like sharing good news?
No matter how small, we want positive news from around the world in this day and age of commercialised, entertainment based unreliable news. Simply post it in this section and we'll take care of the rest: muftisays.com/forums/37-news-articles/
Want to moderate/edit?
News sharing mod tasks range from sharing articles on the forum news section to marking news posts as articles, adding cover photos and sources. Please send a PM to abu mohammed (registered members with rep higher than 100)
news.muftisays.com is not responsible for the content of external sites. Articles are shared using fair usage policies with backlinks to their sources.